So the Mrs. had been begging to go camping for years.

I don’t pretend to be anything close to an outdoorsman so I had been putting it off for years. That all changed a few months ago with an ill-advised stroll through Dunham’s Sports at the mall in Burlington. We wandered into the camping section and again Mrs. R renewed her efforts to hit the outdoors. So happens a big 10×10′ Coleman tent was on sale. Well that started the ball rolling. We bought the tent and over the next few weeks, proceeded to visit just about every outdoors store in Greensboro to gather all of the necessary articles for a full weekend of camping.

It’s amazing how much stuff you need to sit outside for a weekend though I was truly amazed at how much of the small stuff could actually be picked up at a Dollar Store!  We also spent a day  in August driving to a couple of different campgrounds within an hour or two.  After visiting Hyco Lake, Mayo Lake and Hanging Rock State Park, we decided Hanging Rock was the place to go.  We set about finding a time to go and realized that Michelle had already taken the third weekend in September off from work so we went ahead and reserved our site online.  No turning back now!

The weekend arrived and we stuffed (literally) all the camping gear, coolers and everything but the kitchen sink into my Kia Soul and hit the road late Friday morning.

The packaging on the tent said “Sets up in 10 minutes”.  Yeah right!  We had done a trial setup in Michelle’s mother’s back yard before going so we had a pretty good idea how it was supposed to go.  But we’re not quite at the ten minute mark yet.  It took us about a half hour to get everything up and nailed down although we must have done a pretty good job as we had no tent-related incidents thru the weekend…even with some moderate wind on Saturday night.

Lunchtime hit and a couple of sandwiches later , we decided to take a stroll down to the Upper Cascades waterfall.  A little over a mile later, we made our way down to the falls and it was pretty cool.  We hung around there for a bit and then headed back to the campsite.  Only issue of the hike was I developed a huge blister on my foot from poor footwear.  This would present quite the problem on Saturday’s hike but more on that later.

Michelle headed for the shower while I got the fire going in the fire pit and it was time for dinner.  Ribeye steaks over the fire pit with fire roasted baked potatoes and sweet corn.  I’m not the Bobby Flay of campfire cooking, but they turned out pretty tasty.  Overcooked the potatoes and corn just a touch but they were still quite good.

We cleaned up from dinner and got the air mattress set up inside the tent then sat around the campfire cooking smores for a while before calling it a night.  The night was relatively uneventful and we both slept pretty well on the king-sized air mattress.  Then it was up early to get the fire going for eggs, sausage links and toast over the fire pit.  Michelle did an awesome job making breakfast considering it was her first time over a fire with cast iron frying pans.

We basically relaxed the rest of the morning then had a light lunch of soup on our camping stove.  But this is where it gets crazy.  We decided to hike up the Hanging Rock Trail.  Big mistake for a big guy with a huge blister on his foot.  The trail is marked as a “Moderate” trail in the park guide.  If you’ve never been to Hanging Rock, make a point of going sometime.  But for God’s sake, get into shape before you go!  Holy hell Batman.  They should just put a sign up at the bottom of the first valley saying, “It’s all uphill from here.  Proceed only if you have a death wish.”

Of course we didn’t get far and the blister started acting up.  This caused a need to stop and give it a break at just about every bench along the trail that the state park service was kind enough to provide.  Now the trail is only 1.3 miles each way.  No problem…a casual afternoon stroll around Battleground Park near our house is about the same distance.  We can do this.  So we struggled through the first mile or so, then hit the stairs from hell!  The picture on the left here is of the bottom portion of the stairs.  That’s just the first section.  It goes up around the bend from there.  Then it sort of flattens out for a bit then you hit a second set of stairs made out of rocks.  I believe it was somewhere around the top of those stairs I told Michelle to go back and get the park ranger we met at the bottom of the stairs and tell him to come back with his gun to shoot me.  Bears gotta eat too!

By this point though, we were on a mission and there was no turning back.  It took us about an hour and a half, but we made it to the top and enjoyed the view while trying to recover a bit.  A 20-minute rest and we were on our way back down.  It’s tough walking on rocks with a big blister, but going down is definitely much easier.  We kept chugging along with just two bench stops for the blister and were back in the visitor center lot in about an hour.

A cool shower later and a bit of “lemonade” while sitting around the fire and it was time for dinner…a few burgers and hot dogs with some baked beans over the fire capped a simple dinner.  We cleaned up and stored everything for the night and we were beat.  I think we hit the tent around 9 PM.  A little discussion, a few pages of my book on my tablet and a bathroom run later and we were out for the duration.

Up with the sun in the morning and it was French toast and sausage links for breakfast.  Yummy.  Relaxed around the fire with some hot apple cider til late morning and then it was time to pack up and head out.

All in all, it was more fun than I thought it might be…except for the climbing the mountain part…lol.  I would say it was a successful venture and am almost looking forward to giving it another shot.  Maybe Stone Mountain State Park next time…who knows.  But I’m an outdoorsman now.  🙂

(You can click on any of the pics in the story for bigger images or take a look at the slideshow of all the pics from the weekend below.) 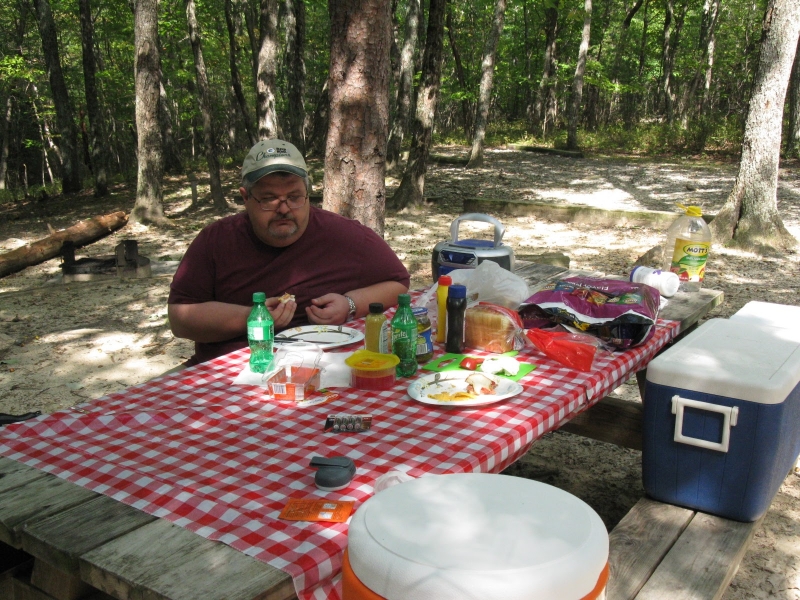 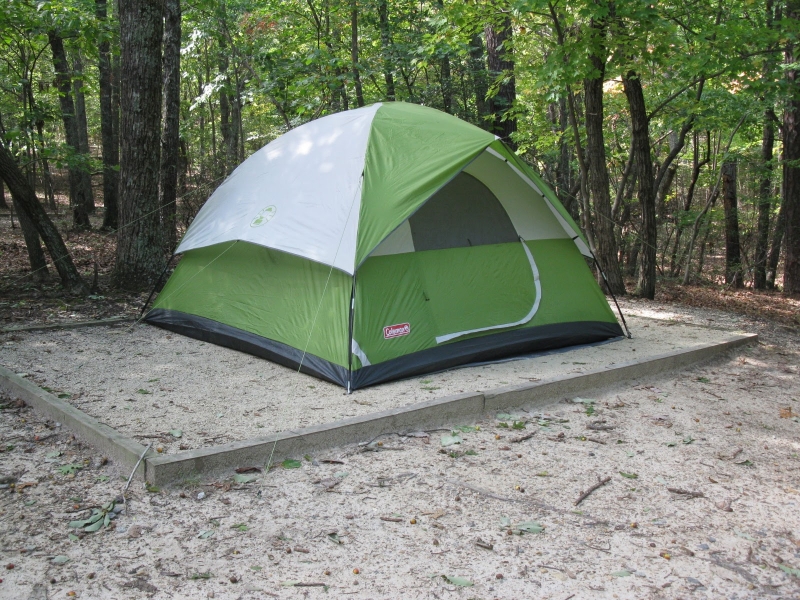 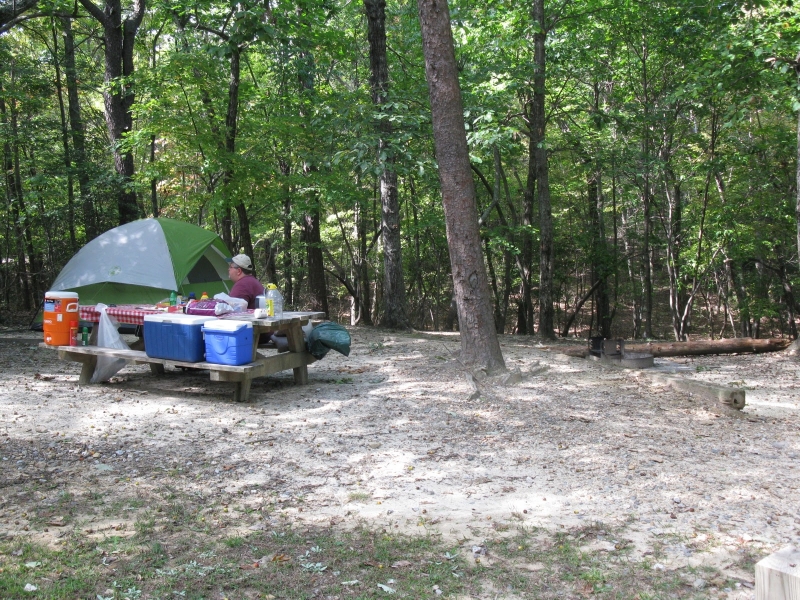 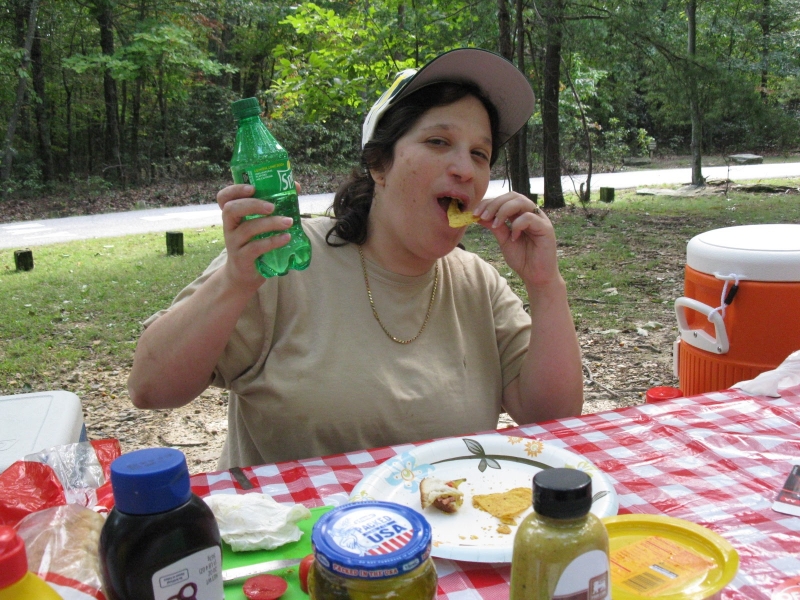 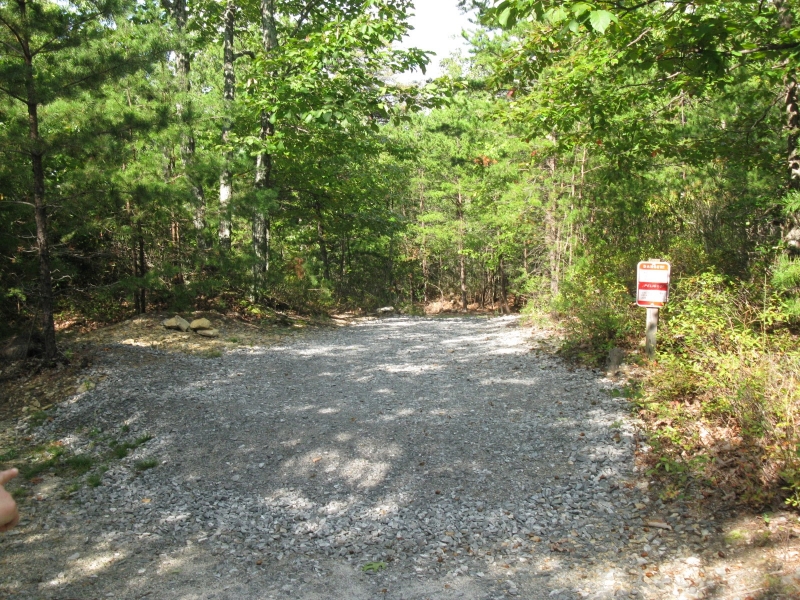 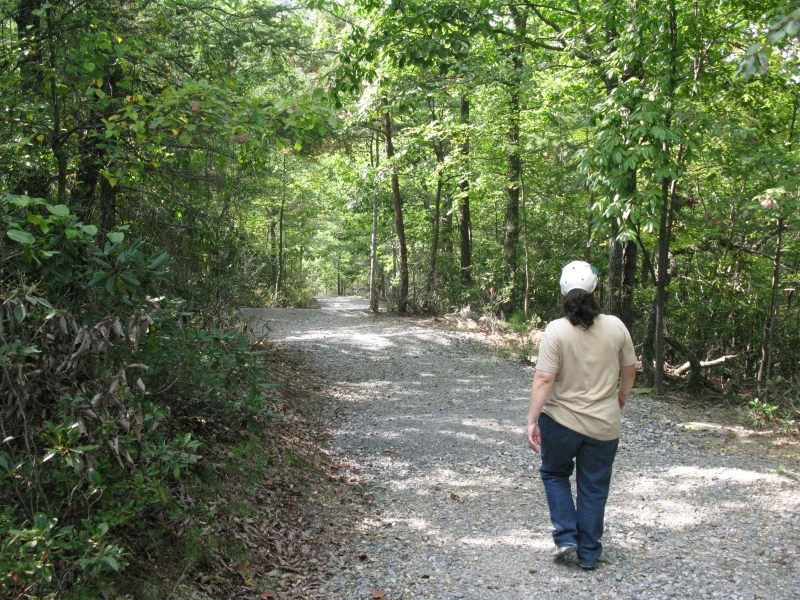 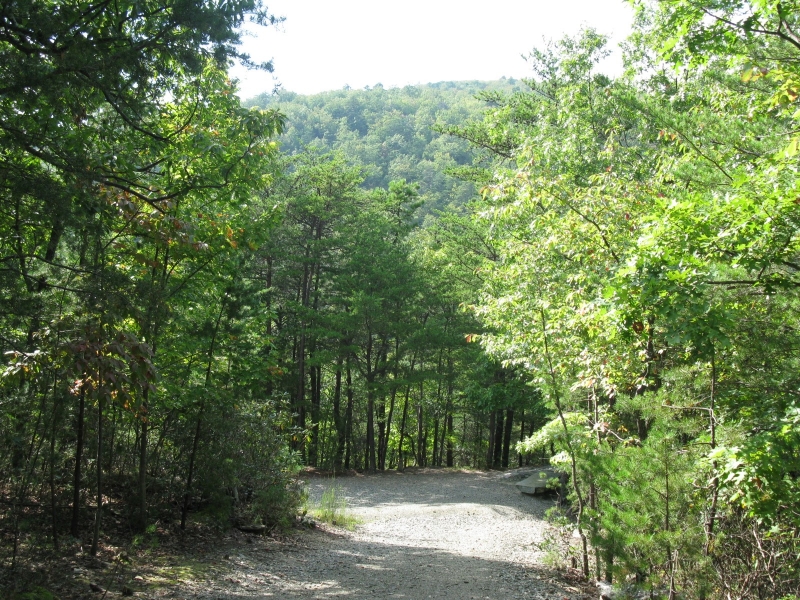 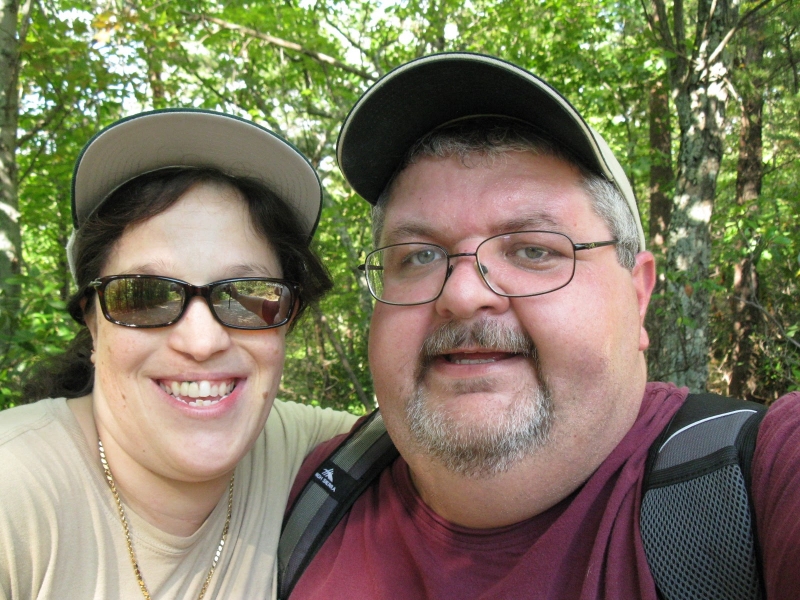 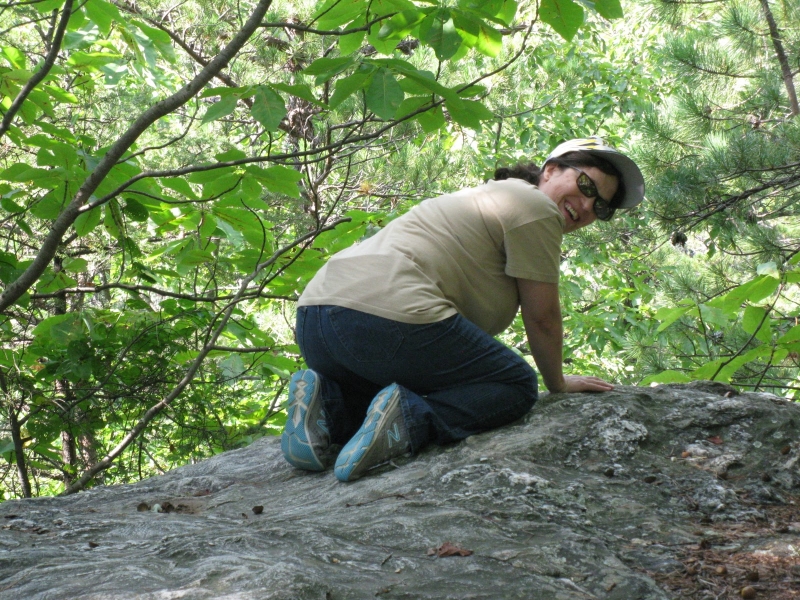 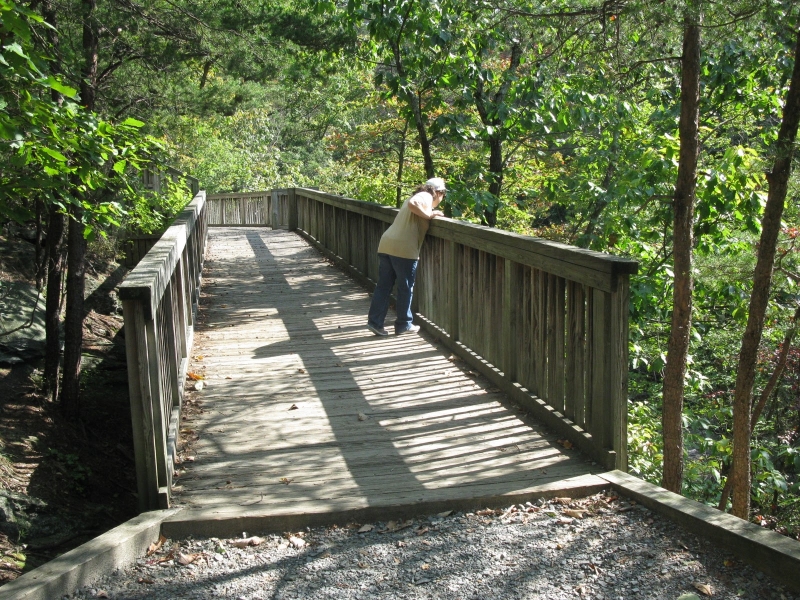 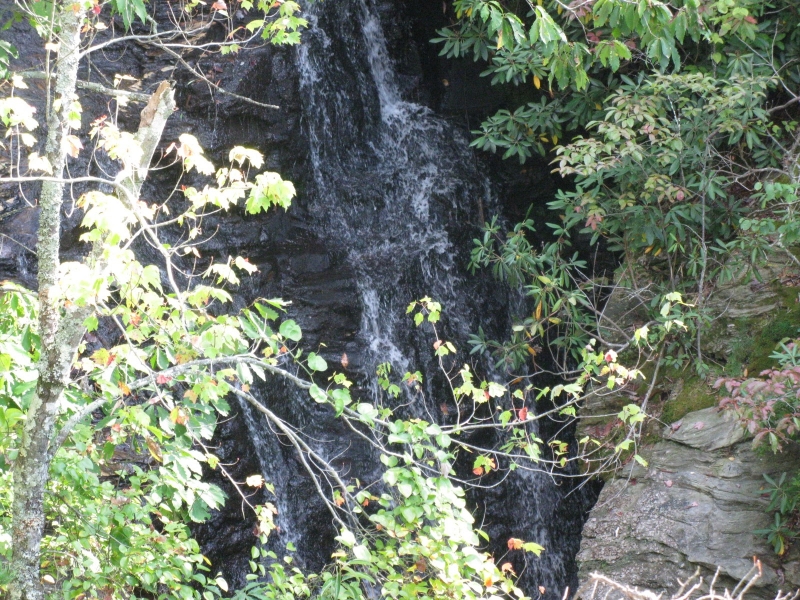 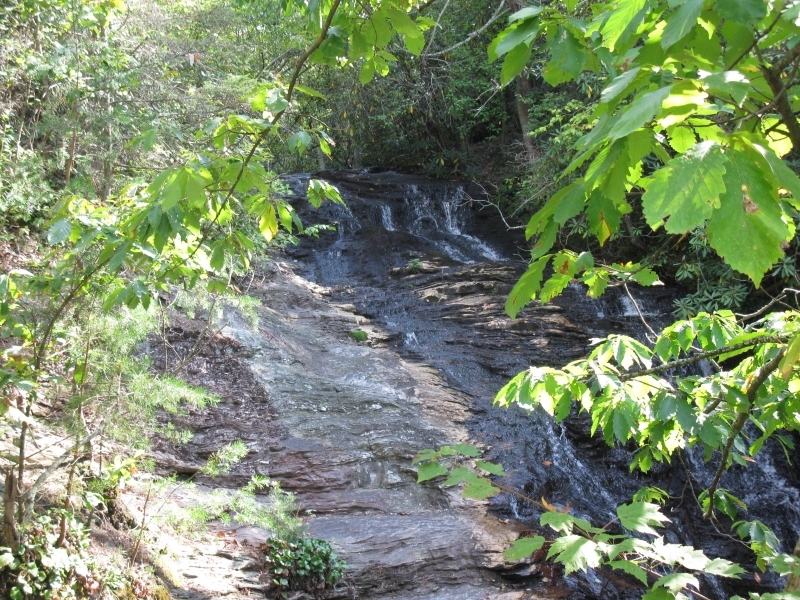 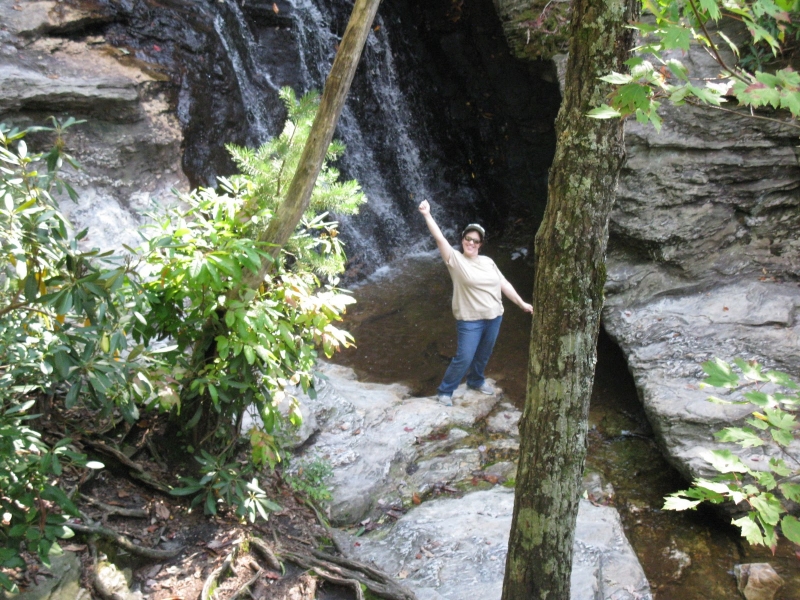 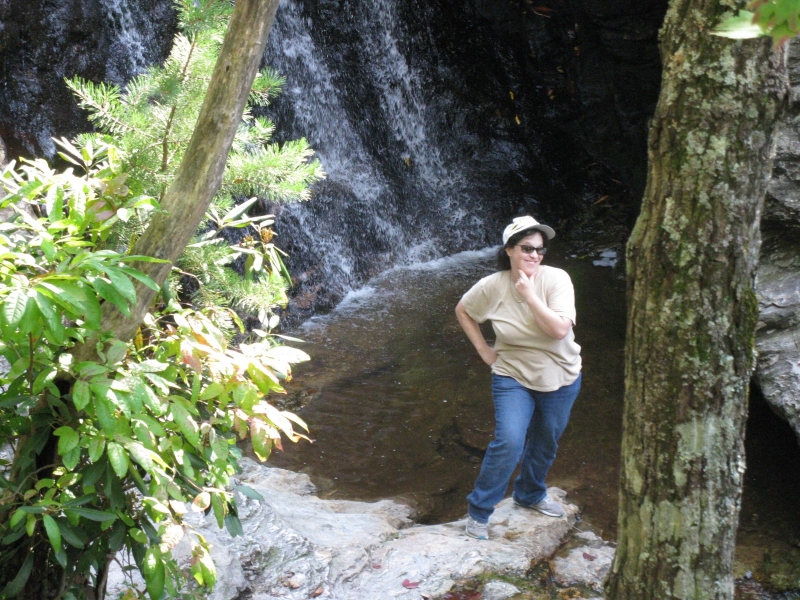 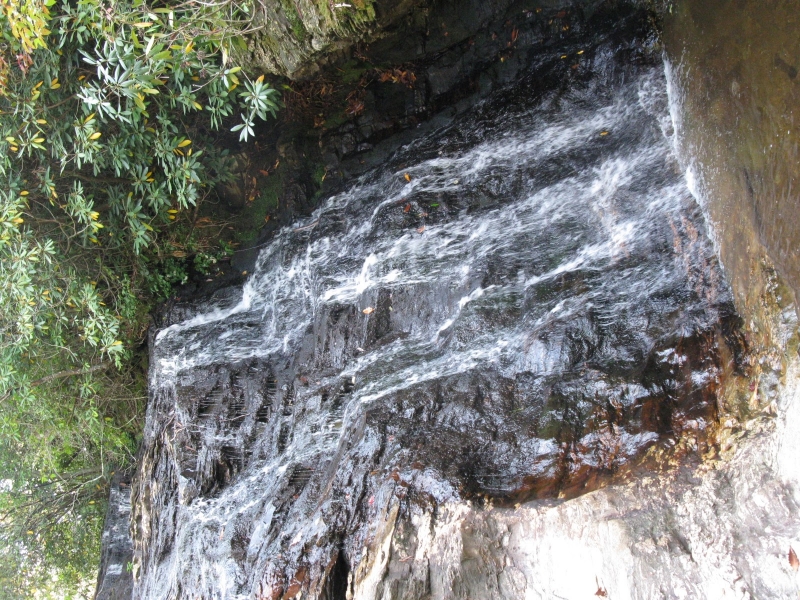 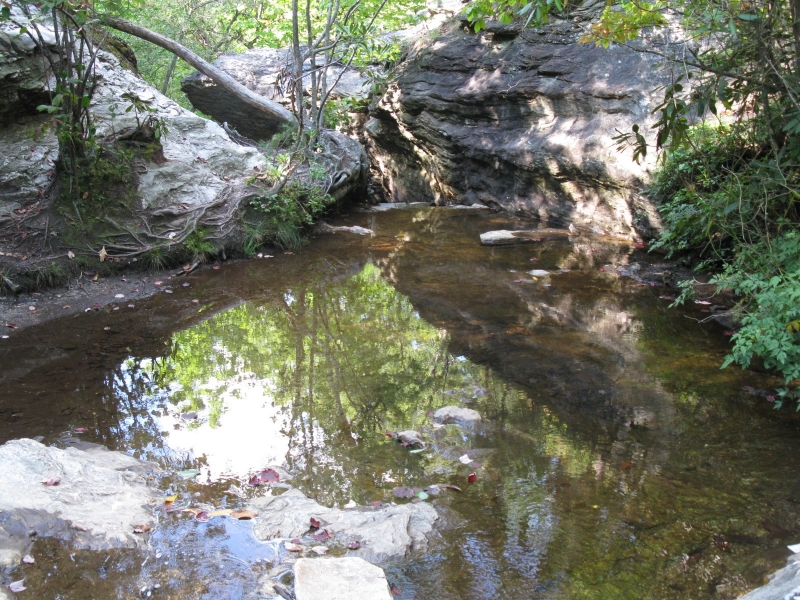 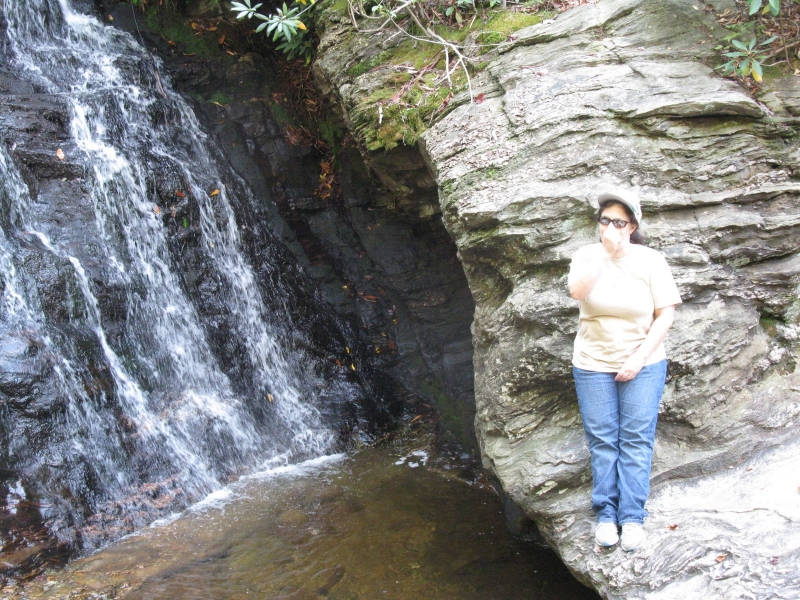 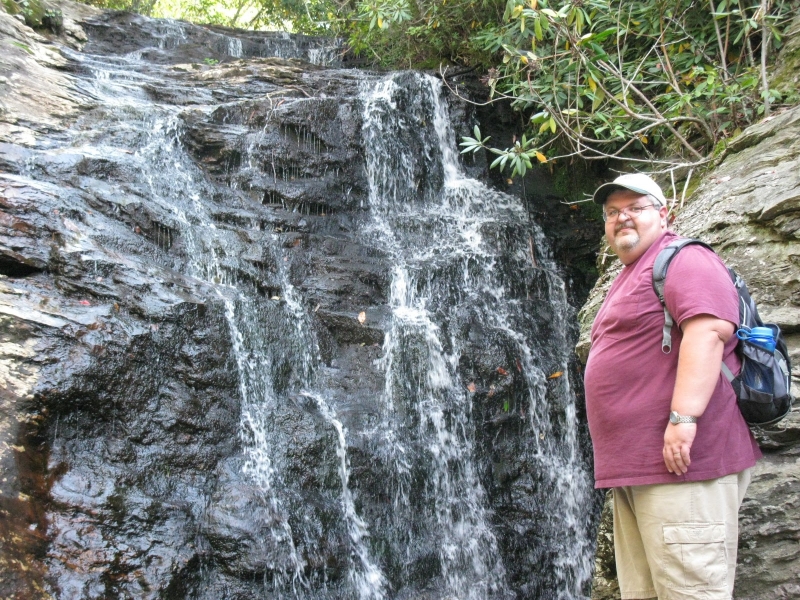 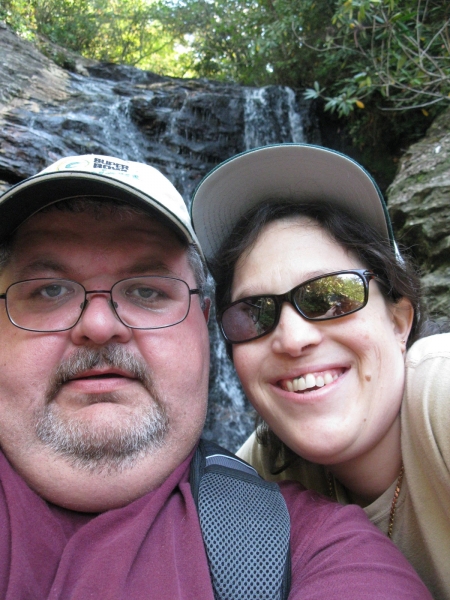 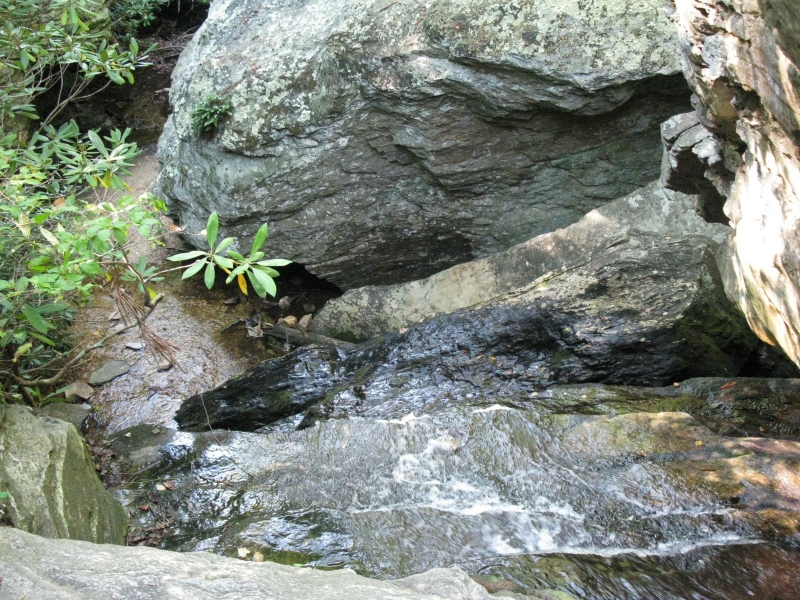 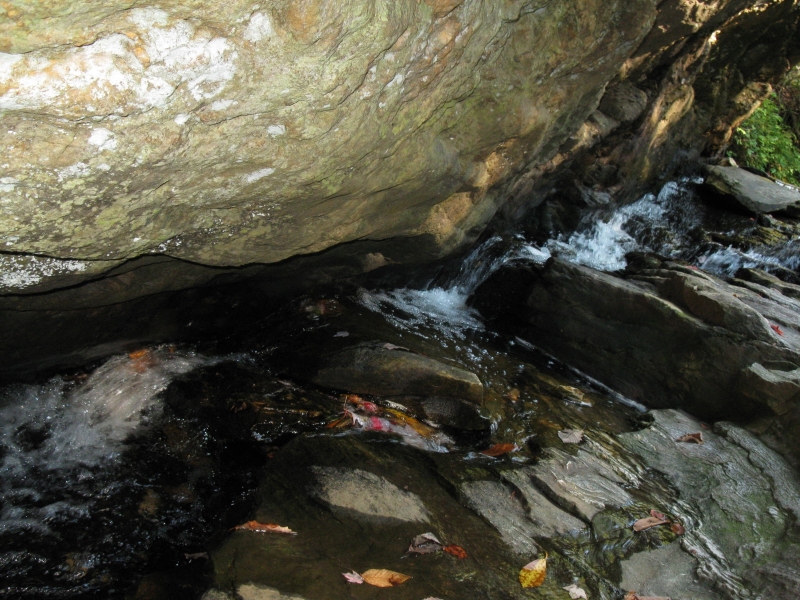 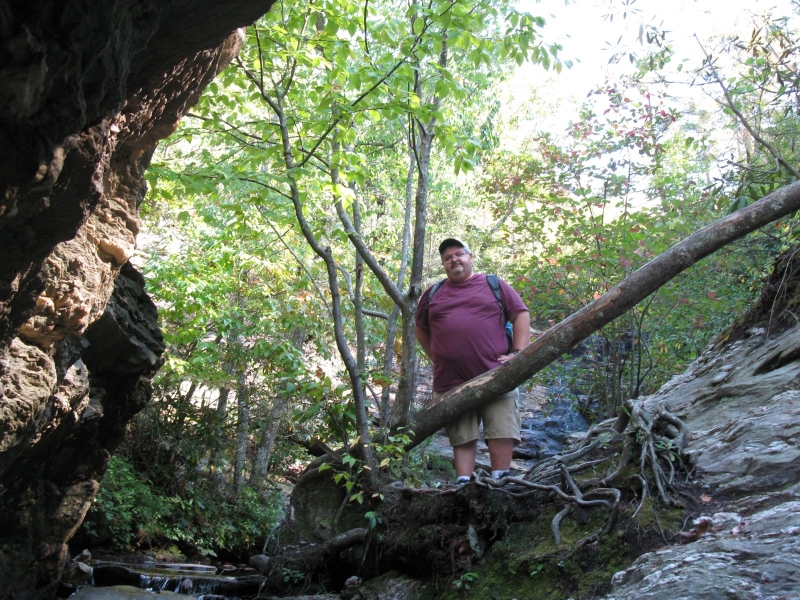 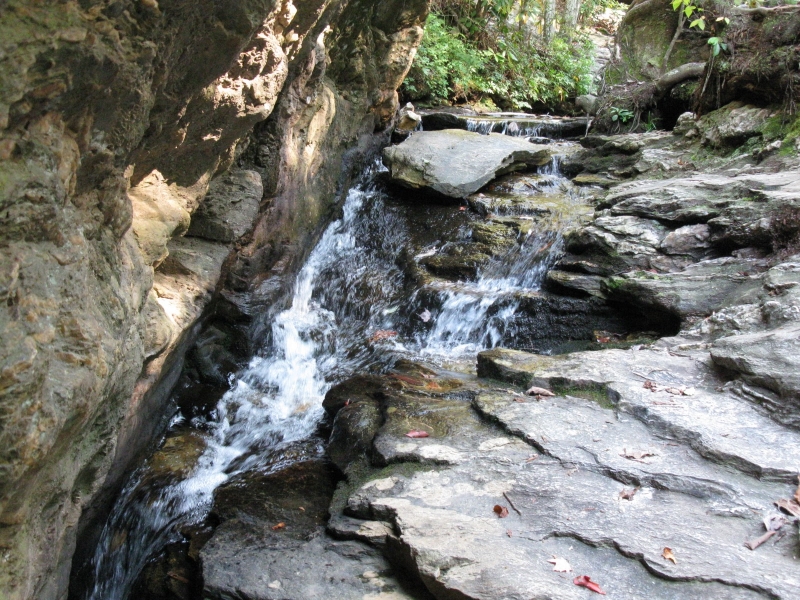 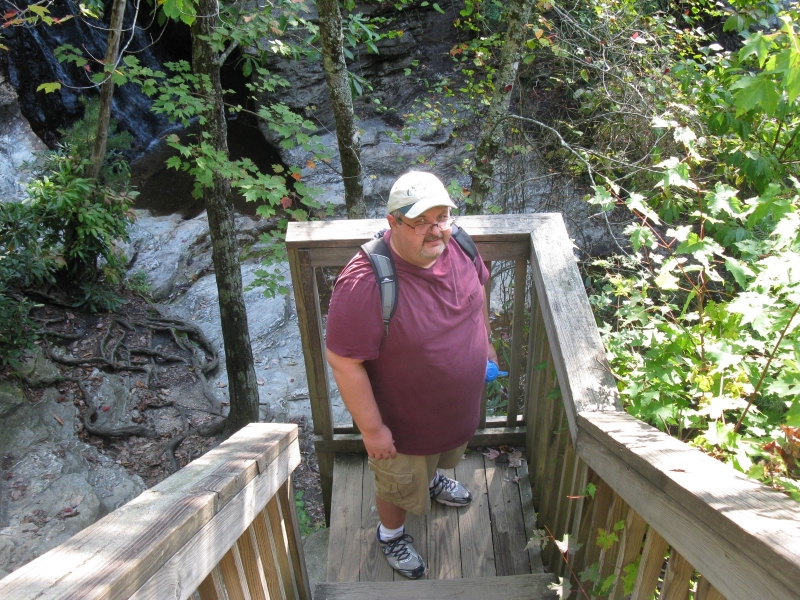 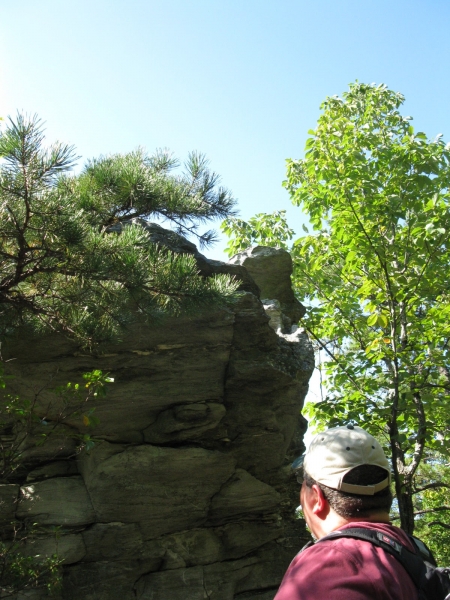 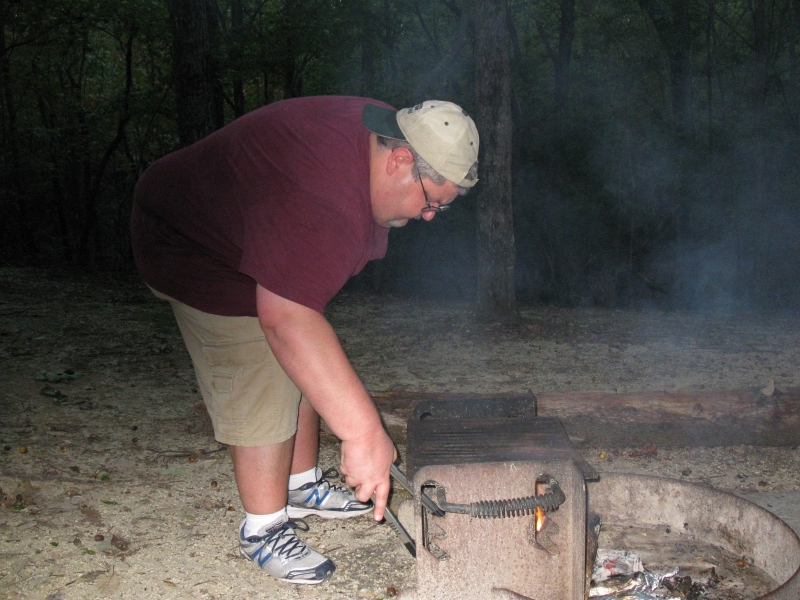 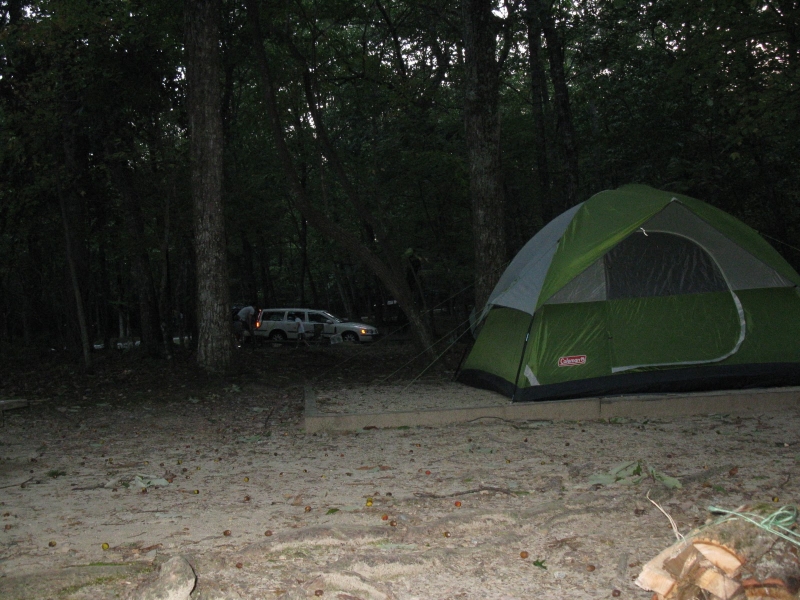 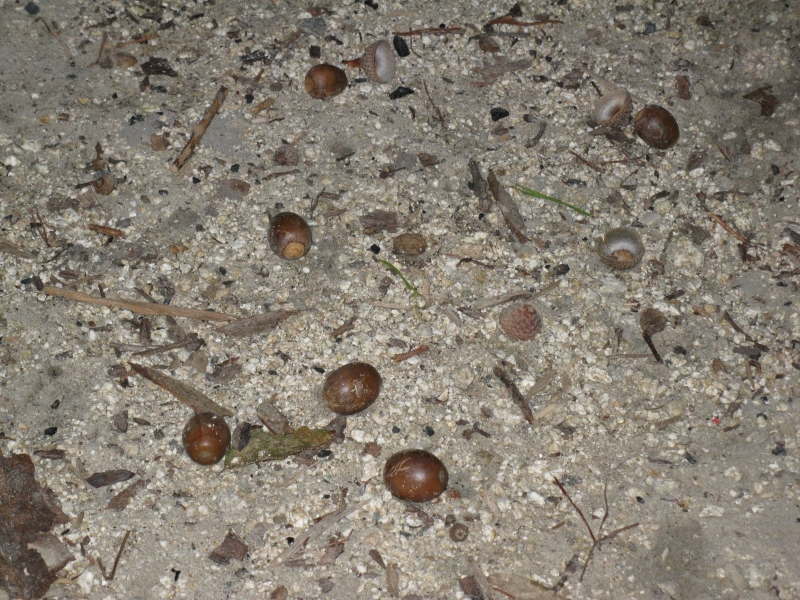 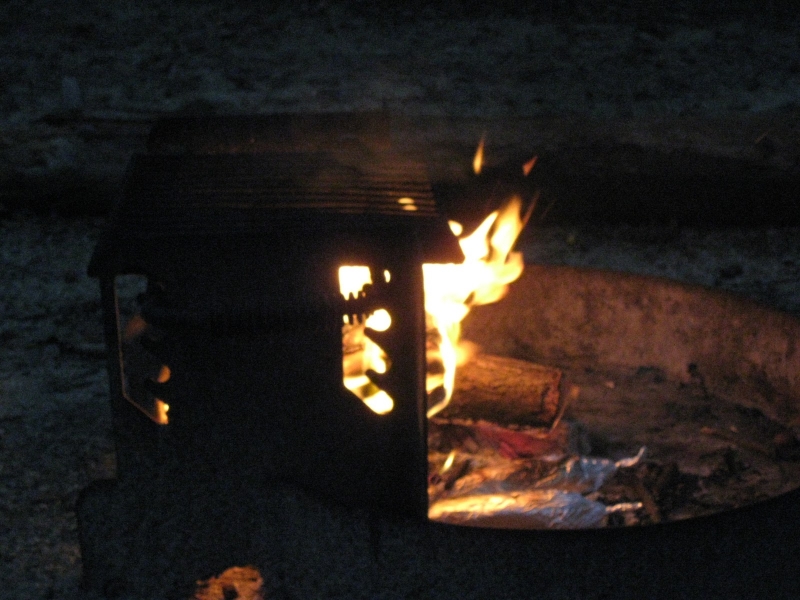